Jakarta, things to do

Jakarta is a metropolis with many contrasts. It is the capital of Indonesia and also the most densely populated city in Indonesia. About 40% of the city is below sea level and these areas are frequently flooded during the rainy season. The traffic is busy and Jakarta is known for traffic jams. Public transportation is not a good alternative.
For many tourists Jakarta is not a city they like to stay for a long time. It is not the best place for a first introduction to Indonesia.  Often visiters choose to start their round trip on Java an Bali  in Bogor, Bandung or Yogyakarta and skip Jakarta.

Yet Jakarta also has a number of beautiful places that are definitely worth a visit and that you should not miss:

The old city and old port

Sometimes it takes a while, but remains of old Batavia can certainly still be found in Jakarta. Old canals and drawbridges can still clearly be recognized in the old town.
Visit the old harbor for a short cruise and stroll around the old town square and imagine yourself back in old Batavia. The museums are interesting to visit and to breathe the old atmosphere.

Most museums are closed on Mondays.

The Old Port is located in the north of Jakarta. The old harbor is called “Sunda Kelapa” and is the name of the original village from which Jayakarta, Batavia and later Jakarta originated.

The wooden Pinisi schooners (traditional sailing boats) from ancient times can still be found in the harbor and are still in use. In this part of the harbor it seems as if time stood still. The sailing ships are handmade in Sulawesi. Also loading and unloading is still done by hand.

Near the harbor are the remains of an old fortress built by Jan Pieterszoon in 1617. The maritime museum (Bahari museum) is now located in the old warehouses of the VOC. Next to this museum you will find a last piece of the old city wall of Batavia. 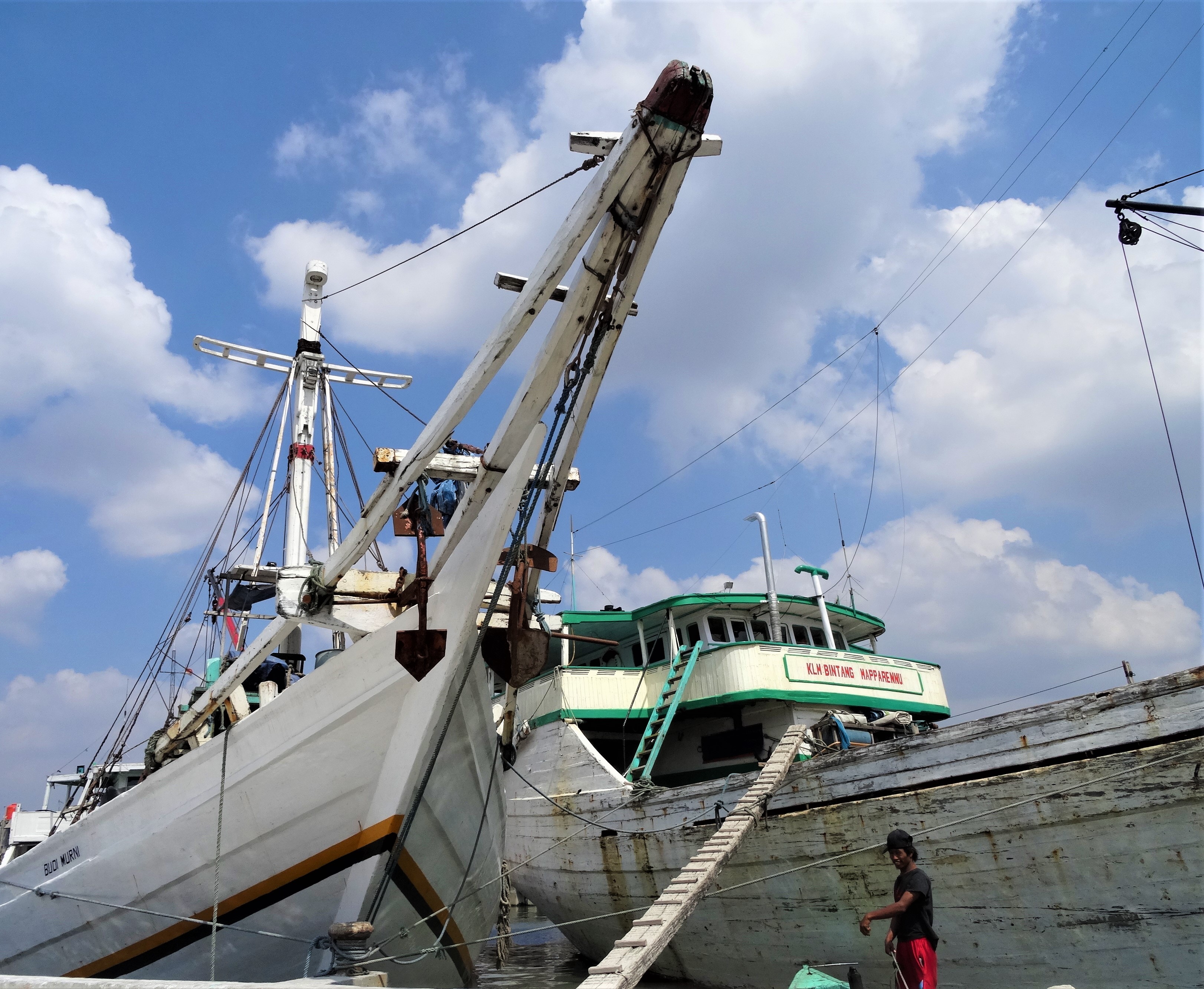 The old watchtower “de Uytkijk” was built in 1839 and still overlooks the harbor. This tower used to be the tallest building in Batavia and was used to monitor all ships entering and leaving.

After climbing the 77 steps, you can enjoy the view over the harbour and imagine life a 150 years ago. Prisoners were locked up in the basement of the tower. An old tunnel connects the tower with the old city (to the historical museum on Fatahillah Square) and it is said that this tunnel even continues all the way to the former Fort Frederik Hendrik (the site of the current Istiqlal mosque). Unfortunately, the tunnel is no longer safe and therefore closed.

Walking towards the old town, we pass an old drawbridge from 1628.

Visit the old town with a guide. Don’t waste time searching for the right directions. With a local guide you won’t  miss anything. You will hear the most beautiful stories and you will easily get to know the real Jakarta. 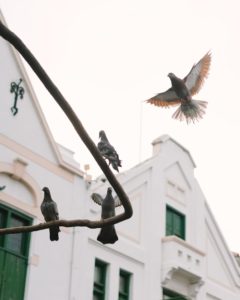 Museum Sejarah (in the old town hall of Batavia)

The Museum Sejarah (the historical museum) of Jakarta is located in the old city hall. In the basement are still the dungeons in which Prince Diponegoro (the leader of the revolt against the Dutch around 1825) was imprisoned.

An old Portuguese cannon stands in front of the old town hall. According to an old story women who sit on the canon will get pregnant soon. Whether this is true remains a mystery; it is no longer allowed to sit on the cannon.

The Wayang museum is located on the site of an old church. Here you can admire old wayang puppets. The commemorative plaque of the grave of Jan Pieterszoon Coen is also located in this museum.

Art and Ceramics Museum (in the old courthouse)

Just next to Fatahillah Square is the “Museum Bank”. The bank museum is located in the building of the old Javanese bank. Here you can see the history of trade, money and finance. Because it is an old bank building, you can also take a look at the old safe where the rich of the city used to keep their valuables.

In café Batavia, also on Fatahillahplein, you can take a break and drink a cup of coffee in colonial atmospheres. 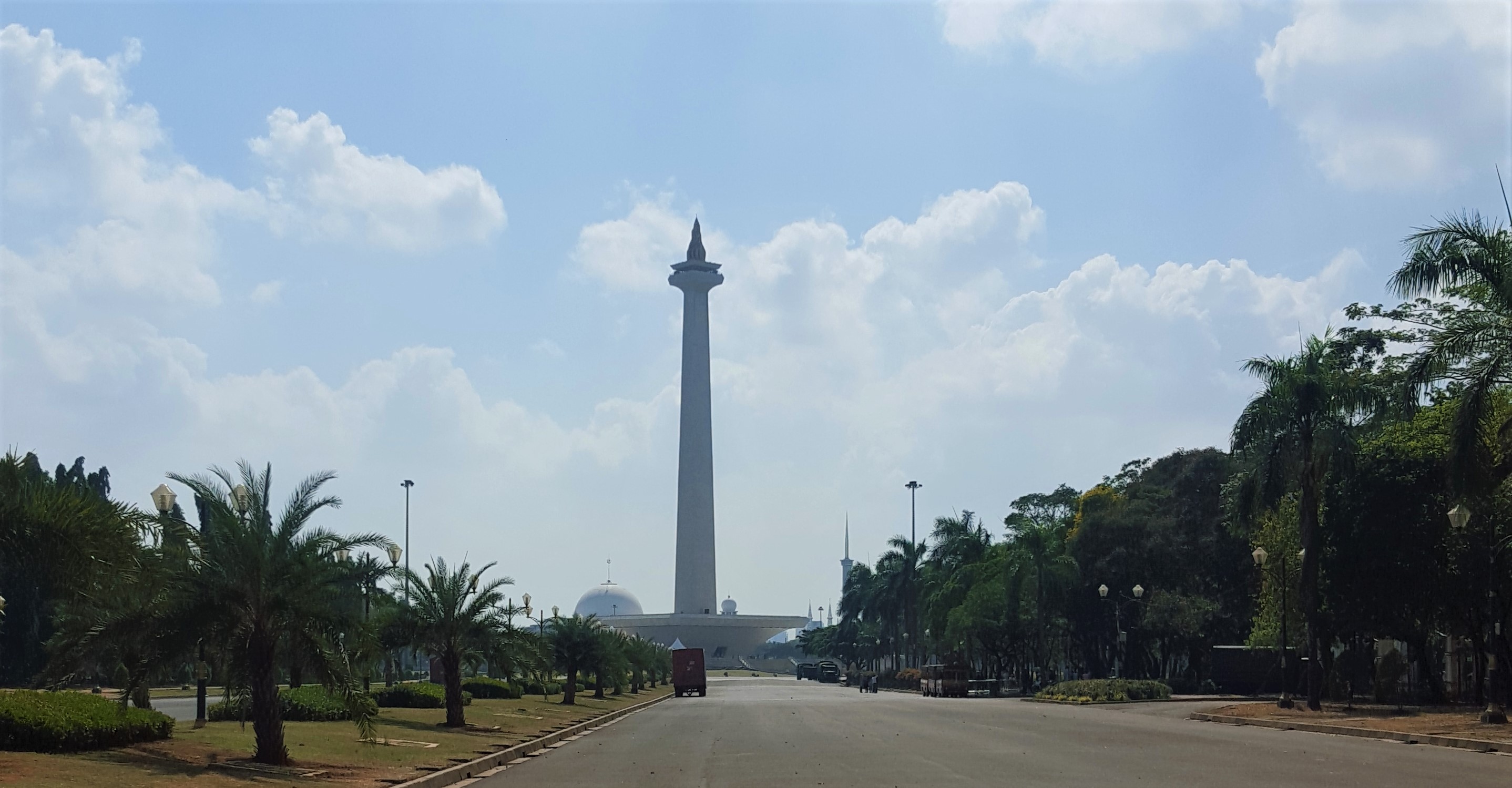 The Monumen Nasional (Monas for short) was built as the symbol of Indonesia’s independence. The monument is located in the middle of the city on the square Medan Merdeka and is 137 meters high. At the top of the monument is a bronze flame covered with 35 kg of gold. When Indonesia celebrated its 50th anniversary in 1995, more gold was added (to 50 kg). The monument stands for a mortar and pestle and for Yoni and Lingga (concepts for masculine and feminine energy from the Kamasutra) as symbols of balance, fertility and eternal life.

From the monument you have a great view (if the weather and the smog are not causing nuisance). The construction took almost 14 years (from 1961 to 1975). In the monument a museum will provide you with information about the struggle for independence. The monument can be visited every day and also in the evenings. It can be busy and sometimes you have to wait in line to take the elevator to the top of the monument. 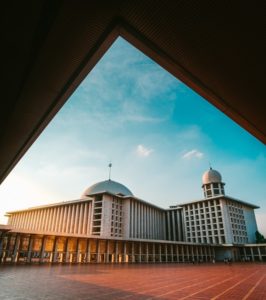 Istiqlal Mosque and the Catholic Cathedral

The Istiqlal mosque is impressively large. Everyone can enter with appropriate clothing.

The word Glodok probably originates from the Sundanese word “Golodog” which means entrance. It is also said that Glodok is the sound of the water as it comes out of the water fountain in front of the Old Town Hall (“grojok, grojok”). In the Chinese quarter you will find a traditional market and of course good food. You can visit a Chinese Buddhist temple. 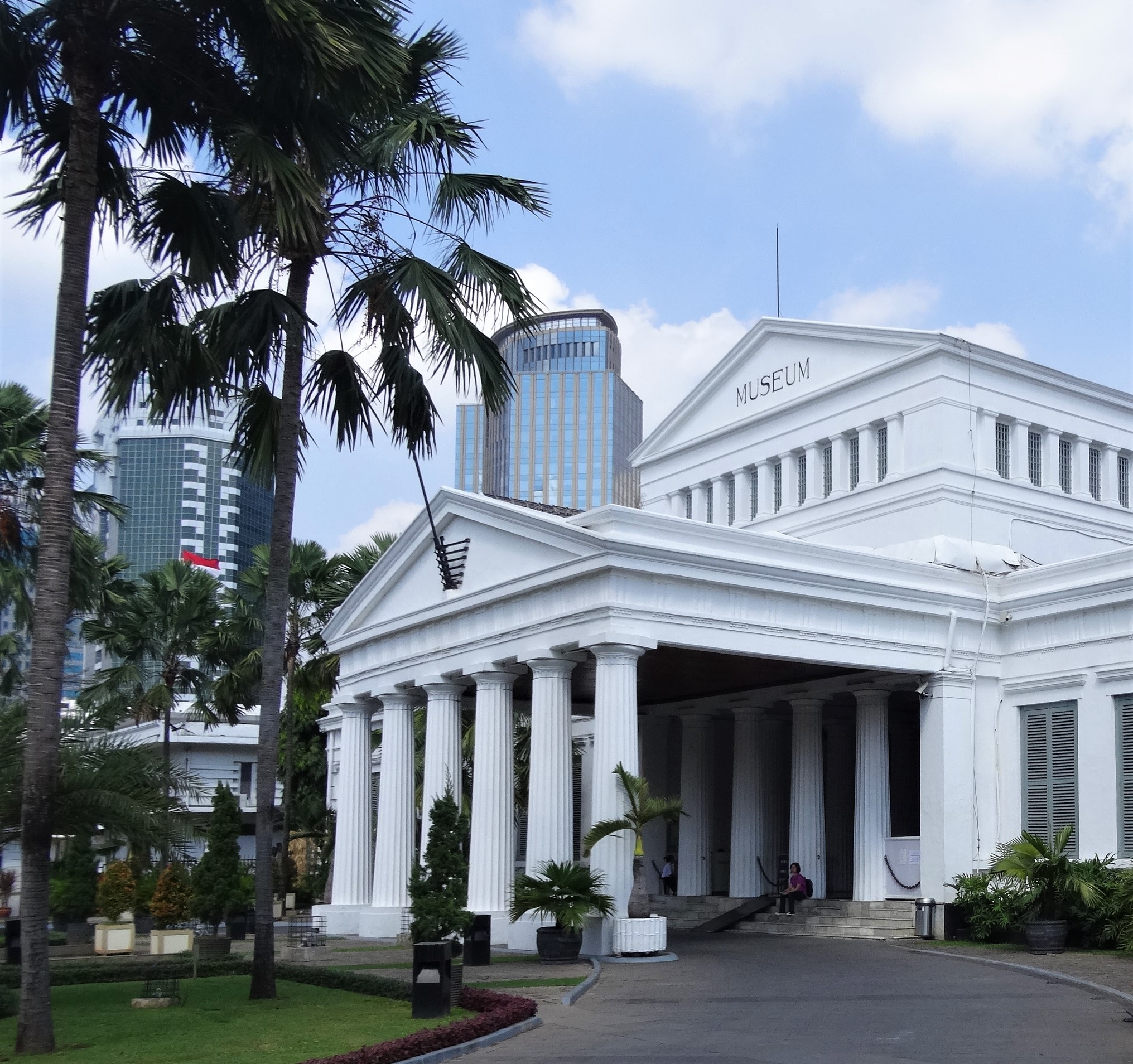 This museum is located in the restored residence of the 18th-century Governor General Reinier de Klerk, built in 1760. The national archive can no longer be found here. The archive has moved to more modern premises elsewhere in Jakarta.

Reinier de Klerk was married to a wealthy woman and had his residence built himself. He had more than 100 slaves. In 1997 the building was completely renovated with money raised as a gift for the 50th anniversary of Indonesia’s independence, from Dutch companies.

The National Museum is located near the Monument Nasional and gives a good impression of the rich history and culture of Indonesia. It excists since 1778. The building is also called “Elephant Building”, after the statue of an elephant that stands in front of the building and was once donated by the King of Siam.

If you stay a little longer in Jakarta and have children, the “Taman mini Indonesia” is also a great place to visit. The culture and traditions of the many different ethnic groups in Indonesia can be found in this large park. Here you will find architecture, clothing, dance and other traditions from all provinces of Indonesia. The different parts of Indonesia are presented at different pavilions.

The traditional buildings from the 33 provinces are built around a lake in the shape of the Indonesian archipelago. There is also a cinema and play facilities for children.

Ancol Dreamland is a huge amusement park on the north side of Jakarta. The park has a large number of attractions, including an IMAX cinema. Ancol Seaworld with a large saltwater aquarium is nearby. One day is not enough to visit all the attractions.

Jakarta is a melting pot of many cultures and has many different cuisines. Food you can eat with your hands and many more different flavors. To find the best food, discover the best spots only the locals will know with a local guide. This is the best and most relaxed way to get to know Jakarta’s best street food. This food tour is suitable for everyone (children, vegetarians) and is ideal at the end of the day and the beginning of the evening. Contact us and we will arrange the best guide for you.

Do you always like to visit your local market at home? Then you will certainly enjoy a visit to the different markets that Jakarta has to offer. Watch your eyes out, taste what you want and buy nice gifts for those left behind. With a guide you will see much more and discover the best markets without stress. We can arrange a tour for you along the different markets, with an experienced guide. Send us a message and we’ll arrange it for you.

Tips and advice for your stay in Jakarta

Jakarta is a nice place to stay, but be prepared for a busy metropolis. Jakarta is sometimes compared to a durian; a strong-smelling fruit that you either love or hate, but that is certainly special and that you will not soon forget.

Plan your visit to Jakarta in advance. If you are only in Jakarta for a short time, it is wise to plan your visit in advance to avoid disappointement. Let us know what you like and we will help you with your planning. Because we receive direct feedback from our guests on a daily base, we are very well informed.
We know the best local guides, restaurants and places to visit and are happy to assist you.

Contact us without any obligation for advice about all the possibilities.