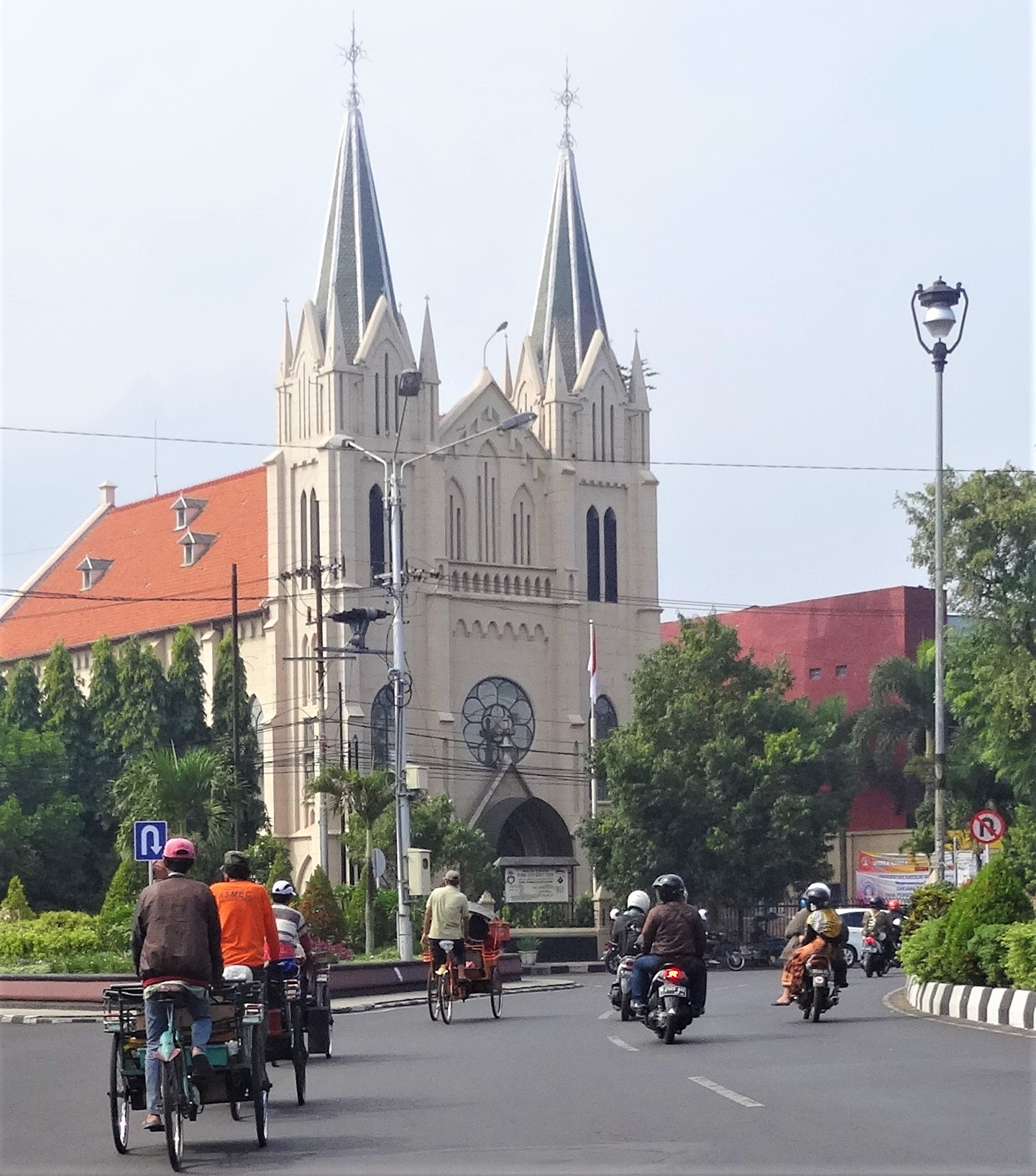 About 1 million people live in Malang. The city is relatively cool because the city is located a few hundred meters above sea level. The city is spacious with wide avenues and lots of green. Many old buildings in Art deco style have been preserved, which gives the city a great atmosphere. Architect Karsten was closely involved in the design of the city. He was an architect who cares about the environment and ​​human values.  He had a great love for Javanese culture.

There are several markets and great shops to visit. In the center is a square (alun-alun) with a Mosque, Catholic and Protestant church. In the neighborhood around the square there are still many houses from the colonial era. The oldest house that can still be found in this area was built in 1870. On theplates with the names of the streets, you will also find the old Dutch name in addition to the Indonesian name.

Kayutangan literally means “wooden hand” after the old name of the neighborhood where the church is located. The story goes that the name of the district is based on an old wooden sign that once stood here in the shape of a hand.

The church was built in 1905 by the Dutch architect Hulswit.

On the other side of the square is Immanuel Church, a Protestant church with a tower built in 1861. The church itself was rebuilt in 1912. Two old bibles from 1618 are preserved in this church. 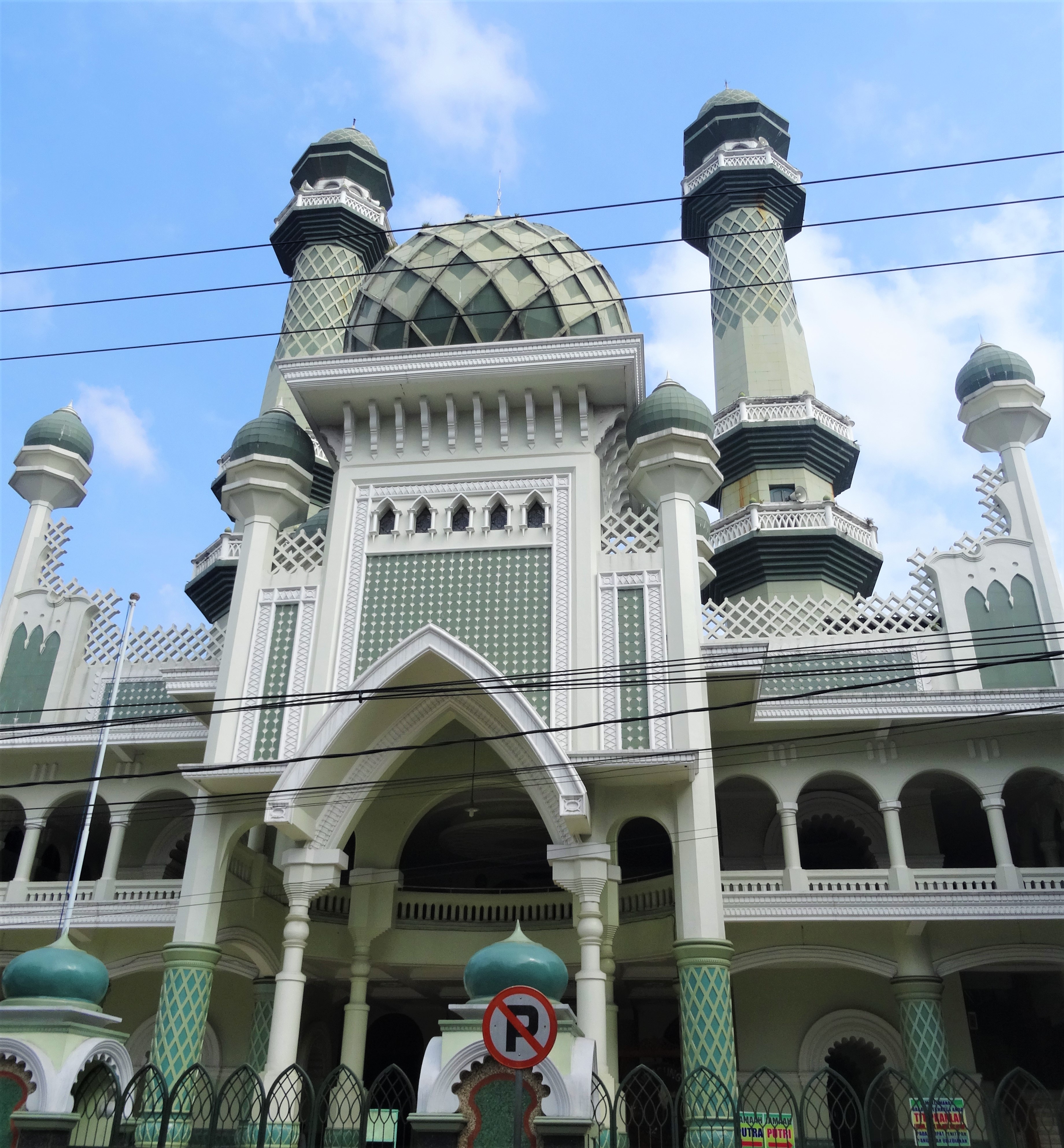 Next to the Immanuel church is a mosque. This mosque was built in 1890 in Javanese style. Later, the front was rebuilt in Arabic style. On Friday around one o’clock it is very busy because of the Friday prayers; sometimes people even pray outside.

This beautiful Chinese temple was built in 1825 for the Chinese community in Malang. the name of the temple literally means: “The palace of redemption in God’s eternity”. For centuries people with a Chinese background have lived on Java.

Until the early 20th century they were obliged to live in separate neighborhoods. This temple is beautifully decorated. Red and yellow predominate because these colors bring good luck. Followers of Buddhism, Confusionism and Taoism use this temple. 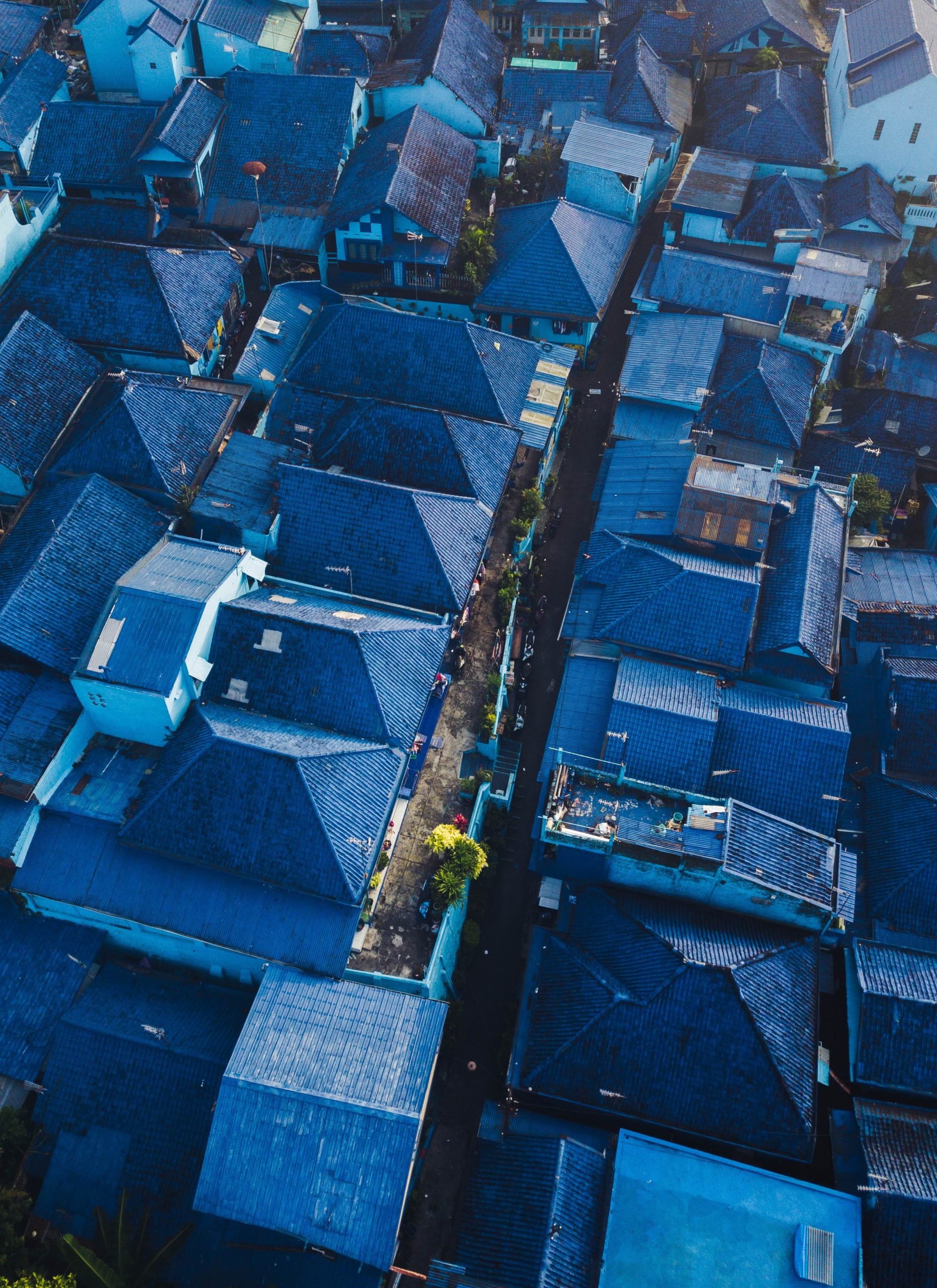 Kampung Pelangi (rainbow village) is located right on the banks of the river Brantas. In 2016, students came up with the idea to paint the kampung in different colors to not only renovate the kampung but also to attract tourists so that the mostly poor residents of this neighbourhood had more opportunities to earn some extra money. Partly due to Instagram, it became a great success. An adjacent kampung has painted a number of three-dimensional paintings on the walls of the houses. The two kampungs are connected by a glass suspension bridge over the Brantas River. These neighbourhoods are well worth a visit.

Bicycle tour through the old center

By cycling through quiet streets and alleys in the “kampungs” and parks in Malang you will get to know the city in a completely different way. Meet friendly people and visit the bird and flower markets. You will cycle along the river and through the old Dutch quarter. This tour can be done with an English speaking guide.
It is also fun to explore Malang on foot or by becak.

Toko Oen in Malang was opened in 1934 and at that time this was a favorite meeting place where people could enjoy delicious Dutch food. Toko Oen in Malang is currently no longer run by the descendants of the Oen family.

The menu still features dishes from the Dutch era. However, many people only come to enjoy the atmosphere and a cup of coffee.

In this restaurant you can eat delicious Javanese food while enjoying the interior, with many historical photos and attributes. It almost looks like a small museum.

In the heart of Malang you find this special 5-star Tugu Hotel. This hotel is more than a hotel. This hotel is very stylish and is beautifully decorated with art treasures. The hotel is located in an old colonial villa. The owner is one of Indonesia’s most famous art collectors. In the hotel you can admire a beautiful collection of Javanese, Chinese and Dutch antiques.

This museum has been open since 2012 and was first located in the center of the city. A local history lover has established an interesting private museum with many ancient objects. Wayang dolls, some of which are more than 100 years old, objects of the Javanese nobility in Malang and photographs from colonial times are part of the collection. After a visit to the museum you can cool off in the swimming pool in the museum gardens, in a beautiful atmosphere or take a walk through a sculpture garden along the river.

Topeng means “mask” in the Indonesian language. The museum’s collection has much more than just masks. Here you can find many artifacts that are centuries old. The objects mainly come from Java, but also from other parts of Indonesia. It is a well-maintained museum. A guide is available for larger groups. Individual groups can follow a self-guided tour via an app on your phone (bring your own earphones).

The waterfall “Coban Pelangi” is located in a beautiful piece of jungle. After a walk of 700 meters you will see the 30 meter high water. A beautiful sight. Especially around noon because at this time you have a good chance of seeing a rainbow above the cliff. The name of the waterfall literally means “rainbow waterfall” for a reason. The waterfall is located about 1400 meters above sea level, so the wheather is often nice and fresh. You can paddle in the water, in nature between the bird sounds.

Tumpak Sewu means “a thousand together” and that is exactly what you will see: in a semicircle water falls from about 100 meters high everywhere: a thousand waterfalls next to each other.

It is a brisk one hour walk from the parking lot to the waterfall Tumpak Sewu. The waterfall is very impressive and located in the middle of nature. It is not without reason that it can be busy here on the weekends.
At the waterfall it is possible to climb all the way down via many steep stairs and ladders to admire the waterfall from below. There it is possible to walk along the water to Goa Tetes in about 45 minutes. Goa Tetes is another waterfall that flows down a rocky slope. You will also find caves with stalagmites and stalactites. From Goa Tetes you can climb up via a less steep staircase. You can of course also choose to start the tour at Goa Tetes. Consult with your driver what is the most convenient.

It is cool here because of the altitude. In the morning there may still be some fog. Good shoes and a rain poncho or towel are not a luxury.