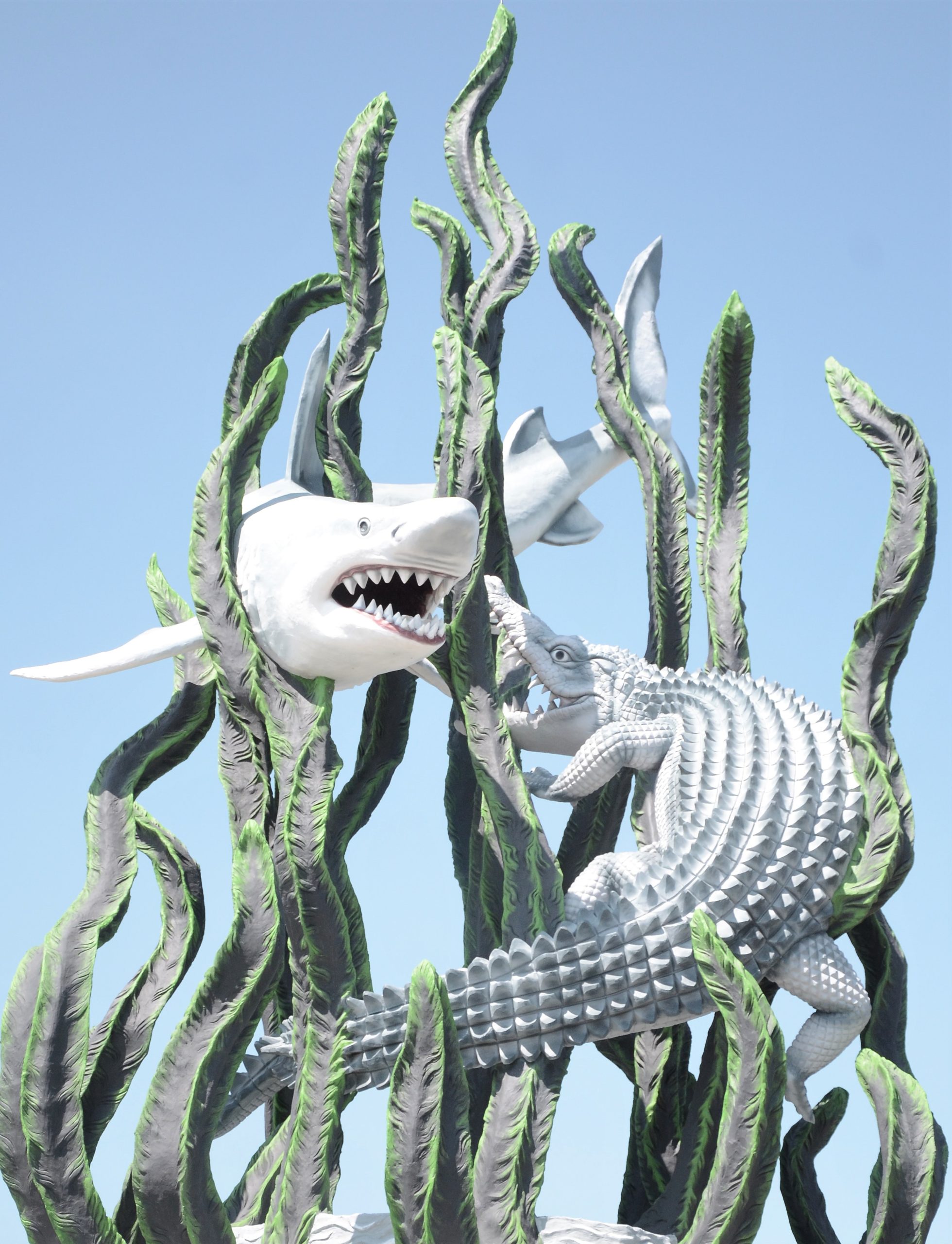 Surabaya is the second largest city in Indonesia after Jakarta and has 3.5 million inhabitants.

The story goes that the name of the city was taken from a fight between a shark (sura) and a crocodile (baya), but it is more likely that the name comes from the phrase “sura ing bhaya” which means “the courage to face danger”.
The city is not very popular with tourists, but it certainly has some interesting places to visit. Many Dutch people have their roots in Surabaya, which makes it interesting to look for history.

High Tea at the Majapahit hotel 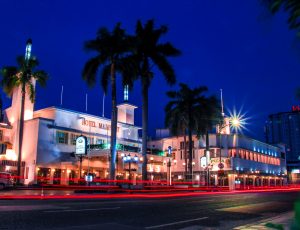 The Majapahit hotel is more than a hotel. It is a well-known meeting place with an interesting history. The hotel is located in a beautiful colonial building. Construction started in 1910 and the hotel opened in 1936. The Belgian Crown Prince and Charlie Chaplin were present.
This used to be the well-known Orange hotel and until 1969 this hotel was owned by the Armenian Lucas Sarkies.
The hotel is mentioned in all the history books in Indonesian schools. During the Japanese occupation, the hotel became the headquarters of the Japanese troops and after the capitulation the Dutch flag was raised here again. In September 1945, the blue strip of the Dutch flag was removed and the Dutch flag changed to the Indonesian flag.

In the hotel you can eat delicious food and look around and of course also spend the night in style. 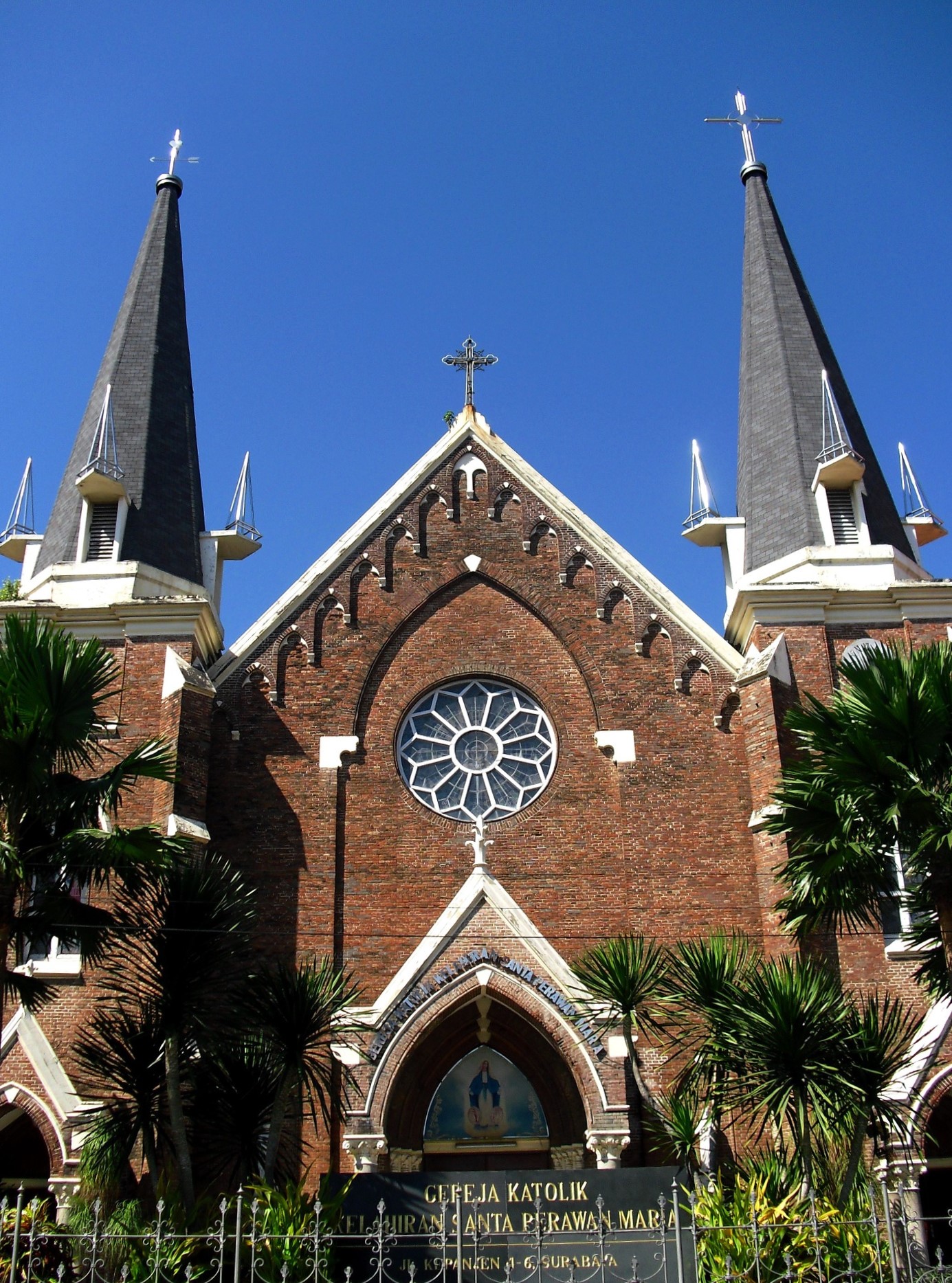 Catholic Church of the Santa Maria

This church was built in 1899 in Dutch style. Since 1998, the building has been designated as a cultural heritage site. The church has beautiful stained glass windows. 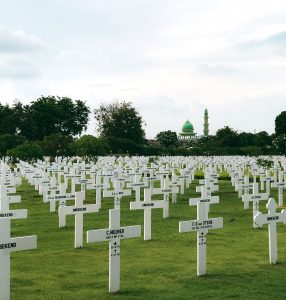 More than 5000 war victims are buried on Kembang Kuning (literally “yellow flower”) cemetery, including the civilian victims of the camps in East Java, as well as soldiers. The Java Sea Battle memorial is in the middle of the cemetery. In February 1942, 915 naval men lost their lives in the Java Sea in an attempt to stop the Japanese. Only a few victims of this battle are buried here. Most of them were given sailors’ graves. Their names are inscribed on a bronze plate at the back of the monument.

A cigarette museum is not the first thing you think of when you go on holiday, but the Sampoerna museum is a special museum, interesting, and with an intersting story.

Sampoerna’s house was built in 1862 as an orphanage. Later it was converted into a theater and cinema where Charlie Chaplin was also a guest.
In 1932, the building was purchased by the founder of the Sampoerna cigarette factory. Since 2003 it is possible to visit the building and see how the  cigarettes (including kretek) are made. There is also a museum and a shop and a good restaurant. The museum is well managed and well maintained.

What makes it special is that it is possible a  to take a look at the factory hall from a balcony, where the workers manually roll cigarettes at an enormous speed. The fastest employees roll 4000 cigarettes a day.

The Museum Bank Indonesia is a museum in the old building of the Javansche bank in Surabaya. The Javansche bank was founded in Surabaya in 1829. A new building was built in 1903 by the architects Cuypers and Marius J. Hulswit in a beautiful neo-Renaissance style. Until 1973, the building served as a bank. It was restored in 2012 and is now a museum.

It is a modest museum in a beautiful building. One of the highlights, for example, is the old vault with a safe from Dordrecht.
(like most museums it is closed on Mondays).

The Escompto bank was founded on August 22, 1857.  The Indonesian government took over this bank in 1960 and changed its name to Bank Dagang Negara, after which Bank Dagang Negara was merged into Bank Mandiri on October 9, 1998.

Although a lot has changed on the outside of the building, the inside is still old style.

Roberto Zangrandi ran a successful ice cream shop in Surabaya between 1930 and 1960. In Dijkermanstraat (now Jl. Yos Sudarso) he and his wife delighted visitors with the famous Tutti Frutti ice cream, Banana Split and other classics.

The low table and the red and beige chairs are still the same and the recipe remains the same. When the Zangrandi couple decided to return to their home country in 1960, they sold the ice cream shop. Old recipes remain and new flavors have been added. A lovely place to enjoy ice cream. 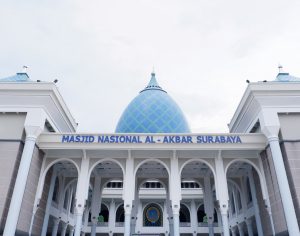 The Al Akbar Mosque was built between 1995 and 2000. It is the second largest mosque in Indonesia. It is a beautiful building, majestic and impressive with beautiful details. The minaret beside the mosque is 99 meters high, is a poem to the 99 names of Allah and can be climbed. From the tower you have a beautiful view of the city. There is a lift available, so even if you have trouble walking this shouldn’t be a hindrance. There are no official tours.

The Mpu Tantular Museum was founded by Godfried Hariowald von Faber in 1933 as “Stedelijk Historisch Museum Soerabaia”. The current name refers to the Javanese poet and thinker Mpu Tantular who lived in the 14th century. The museum is located in a beautiful building and shows a lot of the history of Surabaya. There are often interesting exhibitions and meetings. 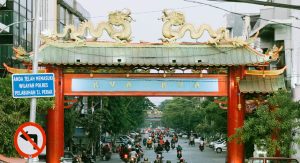 Surbaya is even more fun with a guide. Discover the diversity of the city. For example, in Surabaya there is an old European quarter, an Arab quarter and a Chinese quarter with a rich history and culture.

The inhabitants are welcoming and friendly. You can eat well at the many stalls along the way.